I was delighted to finally get to Kosova (the Albanian name for Kosovo), partly because it means the number of countries I’ve visited has (roughly) caught up with the number of times I’ve given blood (87 – though I’m sure I’ll get to 100 donations before I get to 100 countries); and this is the hundredth post on this blog. Hurrah!

Having followed the Rebecca West trail around southern Macedonia (it doesn’t actually exist, but I did go to Ohrid and Bitola, inspired by her descriptions in Black Lamb and Grey Falcon, her epic account of former Yugoslavia (with the exception of Slovenia) – not exactly travel writing as usually understood, but certainly an idiosyncratic literary masterpiece), I returned to Skopje and headed north into Kosova. A modern tollroad is under construction (certainly paid for by the EU or other international bodies), largely on a high viaduct in the Lepenc valley. Prishtina, the capital, has a busy bus station, half an hour’s walk southwest of the centre, with departures at least hourly to Skopje and Tirana (rather fewer to less friendly countries such as Serbia and Montenegro) and two or three an hour to Päje (there seems to always be one waiting in platform 1, just pay €4 on board) – trains do exist but are slow and infrequent.

I was intrigued and amused by an article on the BBC website earlier in 2019, the headline of which asked bluntly ‘Is Kosovo’s capital city the ugliest in Europe?’ – there must have been a diplomatic row, because the headline was changed to ‘Kosovo’s burgeoning capital city’, but the evidence survives in the URL. The author, Deborah Huso, detailed the city’s brutalist architectural horrors and clumsy attempts at statuary but also made it clear that the people are great and the city is fun – and that’s what I found too. Much of the city’s past was swept away under communism and replaced by concrete blocks, but there were also 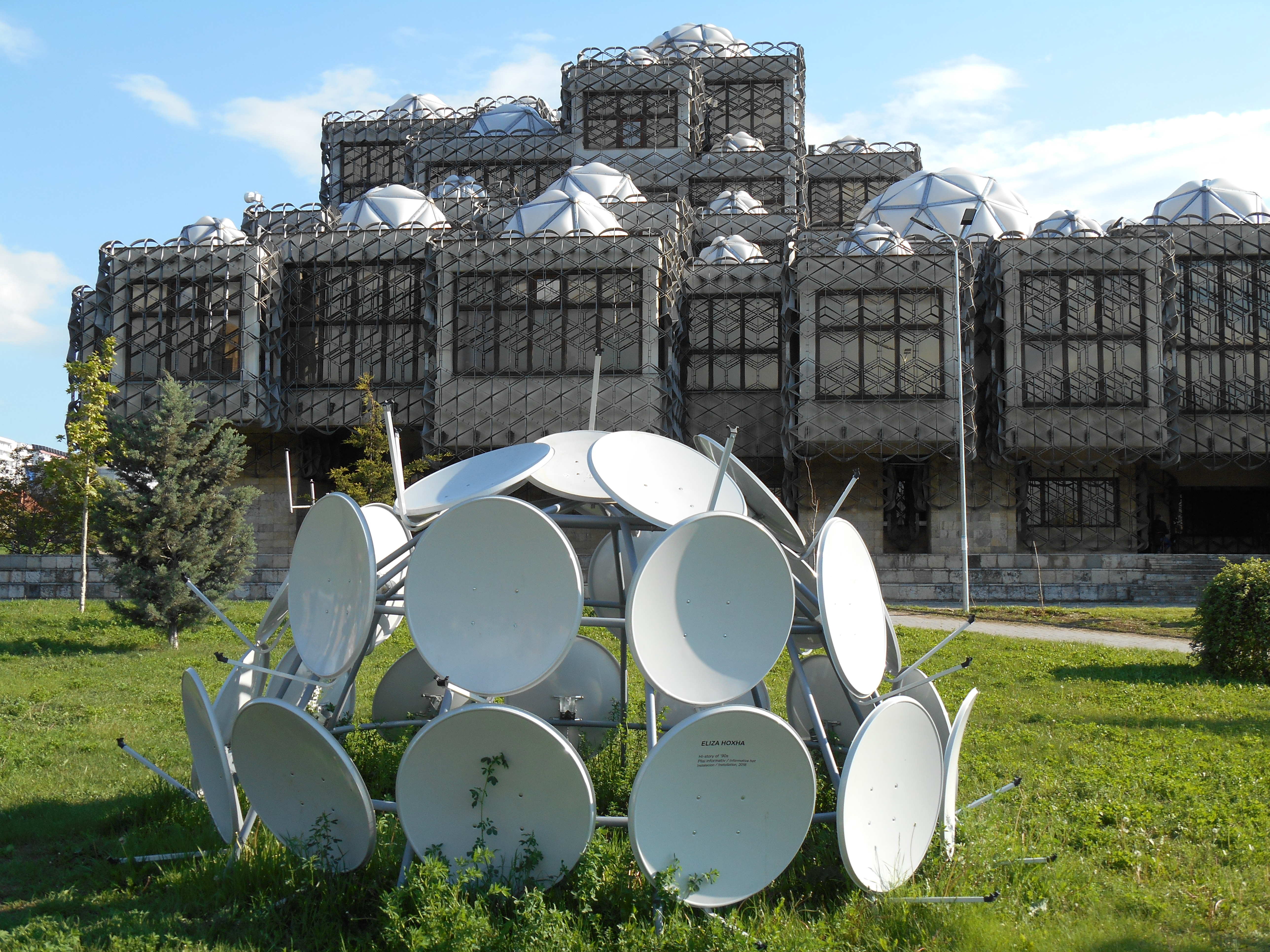 misguided attempts at architectural innovation – the most notorious is the National Library (opened in 1982), with a metal façade and 99 domes. It’s not just random, it’s intended to represent a human brain, and I personally find it not too bad – the interior is actually very restful and seems to echo the domed spaces of the Haghia Sophia and Mimar Sinan’s mosques. If you want ugly kitsch, just stop in Skopje.

One exciting bit of cultural news is that the Manifesta ‘nomadic biennial’ will take place in Prishtina in 2022 – and one of its aims is to help the city’s citizens reclaim the public spaces that have been ‘privatised’ due to unfettered neoliberal economic policies. The mayor is totally behind this, so maybe Prishtina will make a serious effort to rid itself of the ‘ugliest capital’ tag. 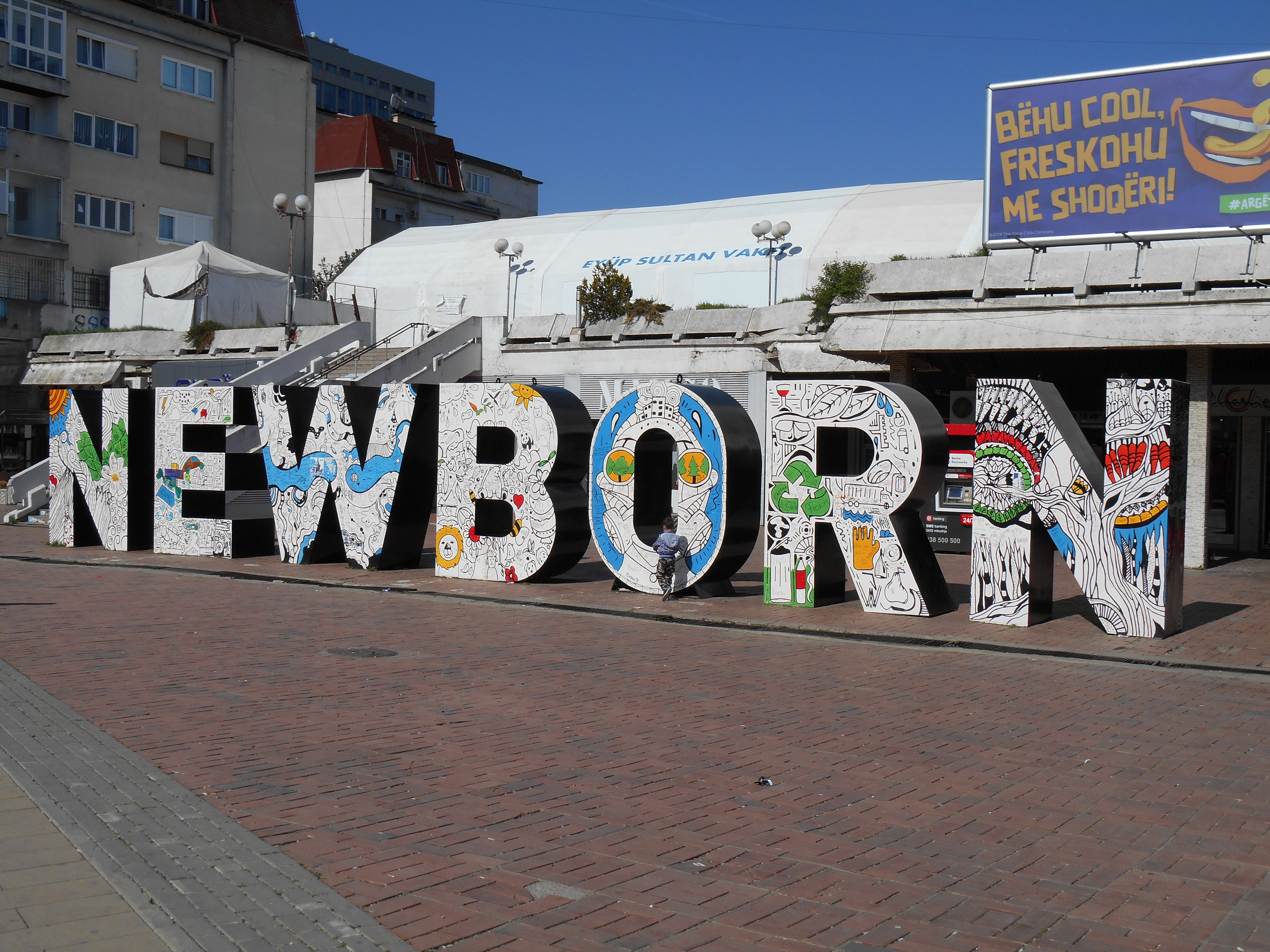 Kosova’s population is mostly young and mostly unemployed, so the cafés are busy and the pedestrianised Mother Teresa Boulevard in the city centre is alive with pedestrians at all times, not just for the evening promenade which is traditional in so many Mediterranean and Balkan countries. But on the other hand, Prsihtina’s roads are a traffic-choked mess. Everyone goes everywhere by car because that’s what being free and independent is about; next to nobody cycles on the roads, alas, although you do see a few cyclists on Mother Teresa Boulevard (where cycling is banned, although it’s not enforced – one of the surprising things about Kosova is that one sees almost no police). There are a lot of buses in the city, but they’re caught in the traffic too. Tirana is similar – maybe it’s an Albanian thing – although there’s more cycling in central Tirana.

However, the congested roads and busy cafés are misleading – 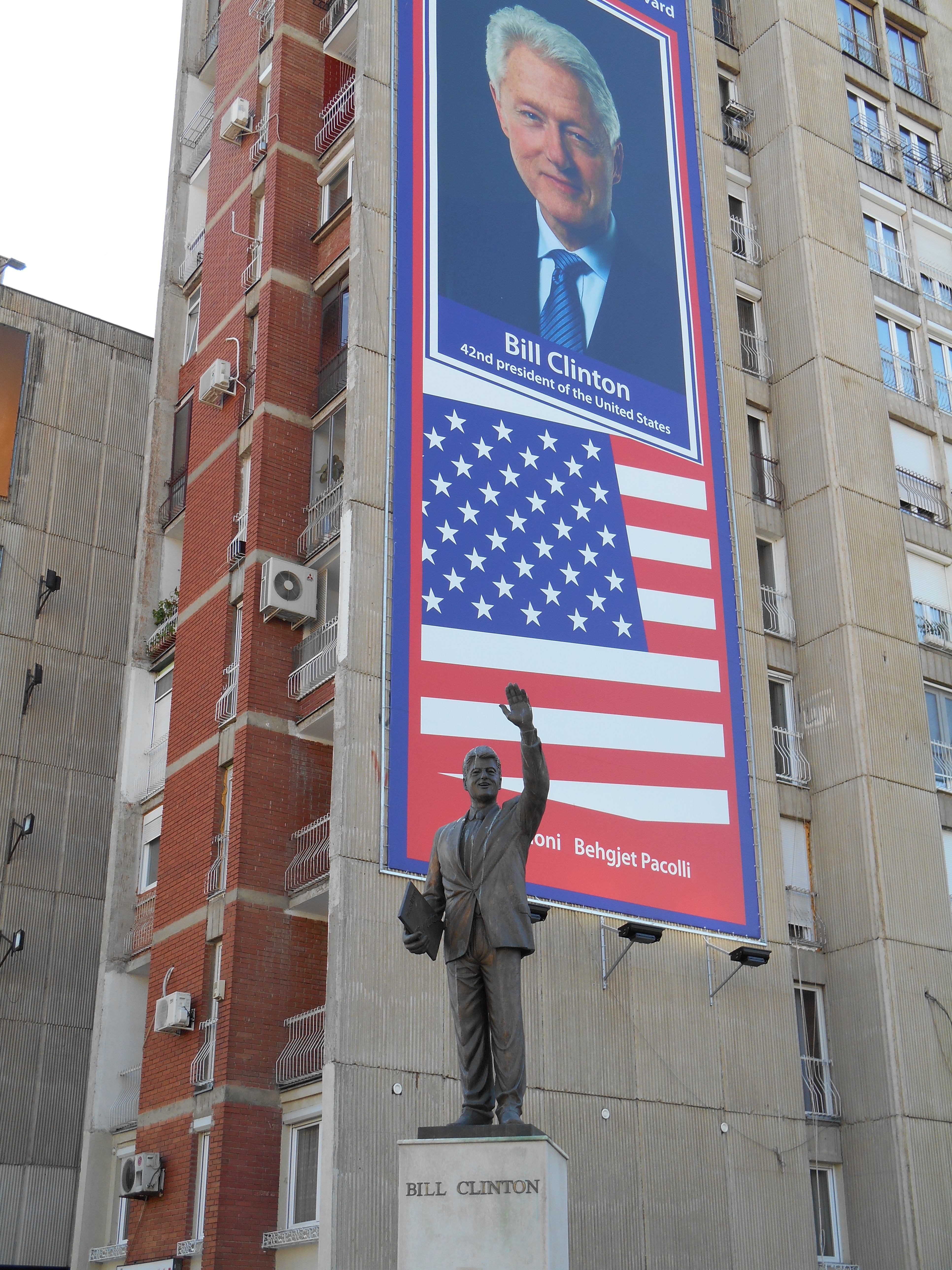 given the lack of real economic activity it’s clear that this is simply due to all the international development bodies based there which pump cash into the country and give an illusion of real economic expansion. At some point they will leave and Kosova will have to start again, to create some kind of sustainable growth.

On the surface Podgorica, the capital of Montenegro, is a bit similar – it doesn’t have quite the same concrete ugliness as Prishtina and the economy seems no stronger, but I did at least get the sense that it was genuinely organic and not simply a bubble produced by outside aid. Like Prishtina, it has just one museum with not a huge amount to see, a fairly short walk north of the railway station.

It’s said that Kosova has three capitals, Prishtina the political and economic centre, Prizhren the cultural centre, and Pajë the outdoors centre. Well, that’s what the people of Pajë say, most Kosovars just talk of the other two, but Pajë, nestled up against the Montenegrin mountains, clearly has a future as a base for active holidays. It has a new zipline, two via ferrata, and ski slopes nearby, but the most exciting development is the Peaks of the Balkans Trail, a 192km route which links the mountains of Kosova, Montenegro and Albania. Pajë is also busy with cyclists, and not lycra lads on MTBs but rather old blokes going to the café and about their business. I’d seen this in small-town Macedonia too, so was not too surprised, but it turns out that there used to be a bike factory here, and there is a municipal campaign to boost cycling. The central pedestrian area is open to cyclists, there are some bike stands (I saw none in Prishtina) and there have been awareness campaigns. The aim is to have 20% of the population cycling by 2025 – once a month? once a week? surely not every day. Whatever, there’s a long way to go, but it is clearly already a more liveable place than Prishtina.

Pajë (pronounced Pa-err) was known as Peć (pronounced Petch) when Rebecca West came here; I followed her to the Patriarchate, on the edge of town at the start of the route west to the Rugova gorge and the Montenegrin border (closed to motor vehicles, but hikers and cyclists can cross here). This was the headquarters of the Serbian Orthodox Church from 1253 to 1690; it’s still neat as a pin within its walls, with its honey-coloured church set in lovingly tended gardens. The exquisite Serbo-Byzantine frescoes that were just being revealed when West visited are all clearly visible now, having also been restored in 2006. The family tree of the Nemanja dynasty is by the south door of the fourteenth-century narthex (vestibule), which links the chapels of 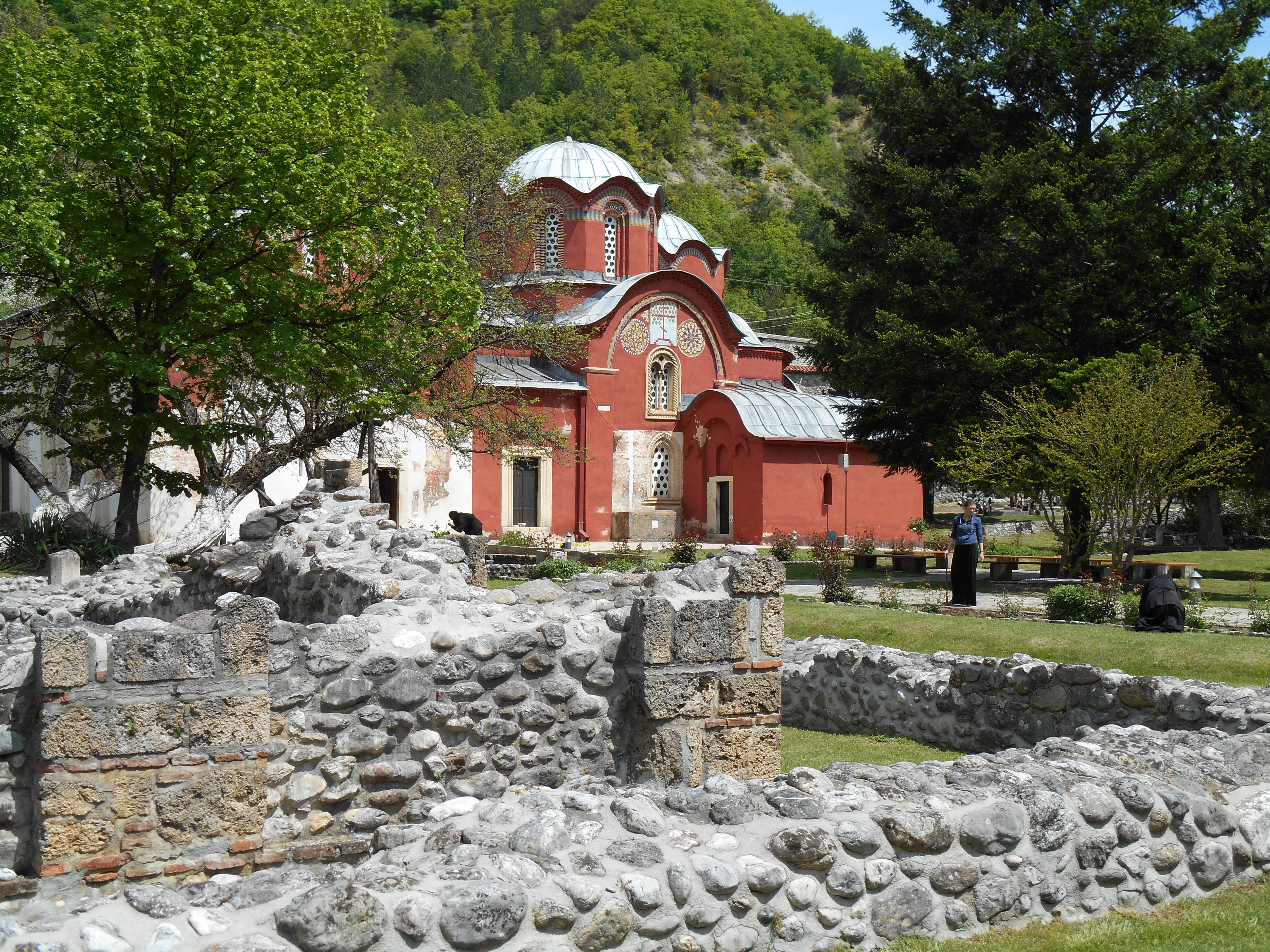 Sveti Apostolá, built in the mid-thirteenth century (dark, with a fourteenth-century fresco of the Virgin and remarkably adult Child), Sveti Dimitri, built in 1316-24 (better lit, with frescoes from c1345 & 1619-20) and Sveti Bogorodica, built c1330 (with a fine series of the Life of the Virgin). Outside, the little chapel of Sveti Nikola, built in 1337, was closed when I was there, but is less interesting, with frescoes from the 1670s.

This lovely site is one of four Serbian Orthodox monasteries in Kosova that are on UNESCO’s World Heritage List. It’s important to remember that the religious heart of Serbia lies here in Kosova, with the monastery of Dečani, south of Pajë, almost as important as the Patriarchate – one hears a lot about the battle of Kosovo Polje in 1389, when the Ottoman Turks wiped out the Serbian army and nobility, since when the Serbs have borne a grudge against pretty much the rest of the world, but the religious ties are also key to Serbia being so reluctant to allow Kosova independence or even autonomy. Nowadays Kosova is largely secular, although 95% of the population is technically Muslim and just 1.5% Orthodox; however since independence Wahhabism, the fundamentalist Saudi stream of Islam, has established itself here and a surprising number of Kosovars have fought with Daesh in Syria and elsewhere. Dečani is still guarded by NATO troops, but you just have to show your passport to a policeman to visit the Patriarchate of Peć. 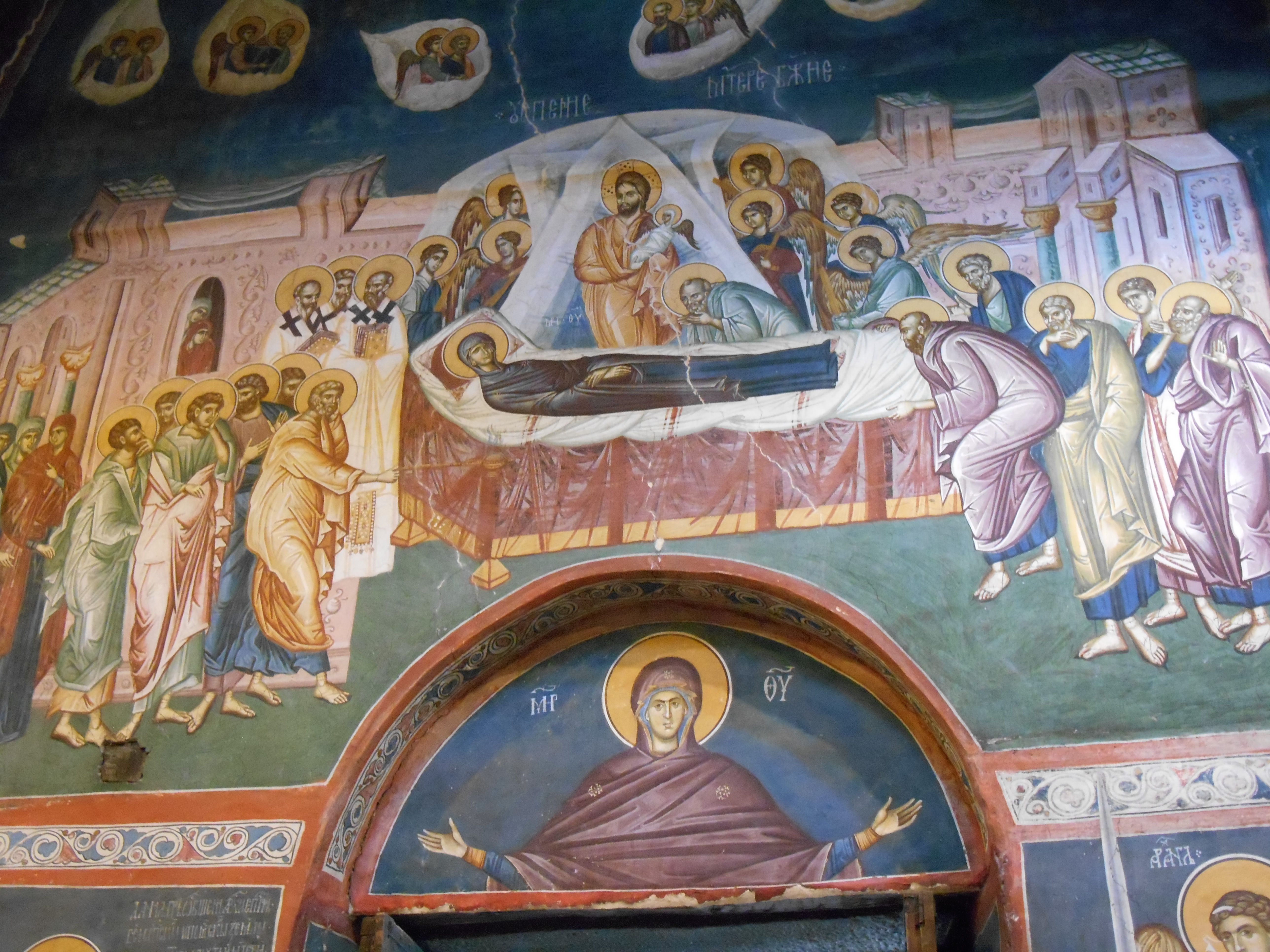