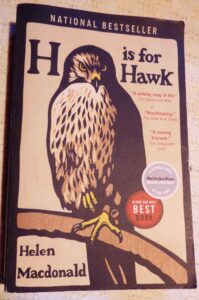 For the last few years many friends have assumed that I’ve read Helen Macdonald’s H is for Hawk, as a classic of modern nature writing, and one that is set largely in Cambridge, where I live – in fact much of the action takes places on a hill just a couple of miles from my house. (And I vaguely know one of the people vaguely alluded to.) I hadn’t got around to it, because I’m a travel writer not a nature writer, but I found a copy on my sister’s bookcase and read it over Christmas. It’s a classic of modern nature writing, indeed, but also a classic of the woman-coming-to-terms-with-her-father’s-death genre. The latter is not of great interest to me, and only partly because I’m not a woman who is going to lose a father. In short, a Cambridge academic loses her father suddenly, gets a goshawk to train, tries to become one with nature and wildness, takes it too far and basically goes off the rails, then gradually becomes resocialised as a human being, until her father’s memorial service provides closure (and she begins taking antidepressants) – problem solved, as she realised that everyone went through the same process. Oh, she also mentions a missing twin, but not that she has since identified as non-binary. Complicated….

In addition to Cambridge, there are a few other locations in her story that were of interest to me – Walton-on-Thames, where I often visit friends, Carmarthenshire, which I cover for the Rough Guide to Wales, and Uzbekistan, which I have also written about and where she had a formative encounter with a goshawk the year before her father’s death.

In any case, Cambridge is currently a major but rather unlikely centre for nature writing (unlikely because of its largely flat and uninteresting landscapes, and the pace at which it’s being covered in housing and science parks) – we have the great Robert Macfarlane, Jessica J Lee and Tim Dee, and now Merlin Sheldrake has also appeared with a Cambridge PhD and a book on fungi that was acclaimed by Macfarlane and Macdonald (although he’s not living in Cambridge).

Macdonald’s pal Olivia Laing is not in the same category (and she recently left Cambridge for nearby Suffolk) – when she wrote that Peter Matthiessen’s The Snow Leopard was ‘about the death of a wife’ I’m afraid I lost interest. It’s a wonderfully luminous book, about travel in a very remote (and then closed) region of Nepal, about snow leopards and other wildlife (thanks to his zoologist travelling companion), and about Buddhism (both Zen and Tibetan) – there are digressions about the meaning of death, but I’d totally forgotten the bit about his wife’s death. But then I’m clearly from Mars and women are from Venus, and for me that was definitely background context only.

As a guidebook writer and a hiking guide, it’s always been important for me to know exactly where I am – and of course travel requires a somewhere to travel to, as well as a somewhere to travel from. As Eliot wrote, ‘the end of all our exploring / Will be to arrive where we started / And know the place for the first time’. Painters in particular have long explored the idea of ‘genius loci’ or ‘spirit of place’, but the phrase has recently come to mean something different in academic and cultural circles. In 2016 and 2017 I rather randomly came across a rash of events and exhibitions dedicated to the sense of place – in June 2016 the Balham Literary Festival’s theme was A Way of Being in the World – celebrating landscape, that summer I found an exhibition on sense of place at Berlin’s Kupferstichkabinett, and at the end of 2017 I found another, in Victoria BC, called Point of Contact – On Place and the West Coast Imaginary. At a bit of a tangent, 2017 saw the publication of David Goodhart’s The Road to Somewhere, which divided us all into ‘somewhere’ and ‘anywhere’ people, partially as a way of explaining why British voters were so passionately for and against Brexit. And 2018 saw the publication of Nicholas Crane’s The Making of the British Landscape (also tangentially relevant but so good) and John Sutherland’s Literary Landscapes; charting the classics of world literature. Then sense of place largely gave way to the new nature writing.

There is much that is wonderful about the new nature writing, but it does also set itself up for satire – Kathleen Jamie asks, in her best David Attenborough tones, ‘What’s that coming over the hill? A white, middle-class Englishman! A Lone Enraptured Male! From Cambridge!’. Mentioning no names – but of course women are now fairly well represented too. I’m a white, middle-class member of the Anglo-Irish diaspora living in Cambridge, but I don’t really do rapture, so it’s definitely not me. The greatest strength of the movement is that it stresses that we humans are of nature, and not something separate and free to exploit and destroy. It’s also good at pointing out the extraordinary restorative power of nature in coping both with that destruction and with trauma and loss.

Anyway, the next on my reading list has to be The Rising Down by Alexandra Harris, which was to be published (by Faber) in 2021 but is clearly running late. It’s about sense of place, local history and changing perceptions of landscape. She looks at a specific area of the South Downs, where she has previously followed Virginia Woolf’s walks from Rodmell – which brings us back to Olivia Laing, who has done the same thing. (Woolf’s walks in London have been done in depth too, by other writers.) However Harris is in Oxford, not Cambridge (fine by me, as I have a foot in both camps).

PS In February 2022, soon after I posted this, Helen Macdonald made a BBC TV programme about training her new goshawk, Lupin, a rather different process with a happy balanced human working with another goshawk-fancier, rather than in isolation – I wish them all well! 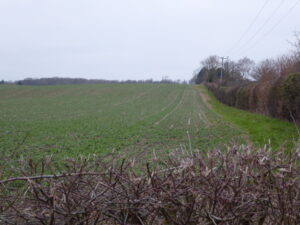