I managed to get in two trips to Wales (north and south) just before the coronavirus pandemic really struck – but the new edition of the Rough Guide to Wales has now been put off anyway, so at last I have time to write the odd blog post.

I do love Wales, but I admit I began with some rather dull towns – Newport, Wrexham and Mold. Newport (Pembrokeshire) is in my half of the book (and is lovely), but Newport (Monmouthshire) is not – I spent a few hours there between trains because I’d been given a first-class ticket on what people still call The Gerald (Y Gerallt), but is now officially the Premier Service. It’s a train that runs from Holyhead to Cardiff in the morning and returns in the evening, without too many stops, and provides complementary meals for first-class passengers. It’s subsidised by the Welsh government to persuade business travellers not to drive (or fly from RAF Valley), and to bind the rather separate north and south halves of Wales together. In fact it’s the only train run by Transport for Wales that has first class at all. It also offers perhaps the best on-train dining experience left on Britain’s railways.

The train is named for Geraldus Cambrensis or Gerald of Wales, a medieval churchman who travelled around Wales and wrote the first descriptions of the country. Anyway, there was a lot of flooding at the time, including at Shrewsbury, and when I left home in the morning it looked as the train would get to Hereford and we’d be put on a bus to Shrewsbury – but in fact the level of the River Severn dropped sufficiently for the train to run as normal. The two stewards only joined the train at Hereford, and started taking orders before we had left the station, so I was able to have a full three-course meal, finishing just five minutes before I got off at Wrexham. It was a great experience. 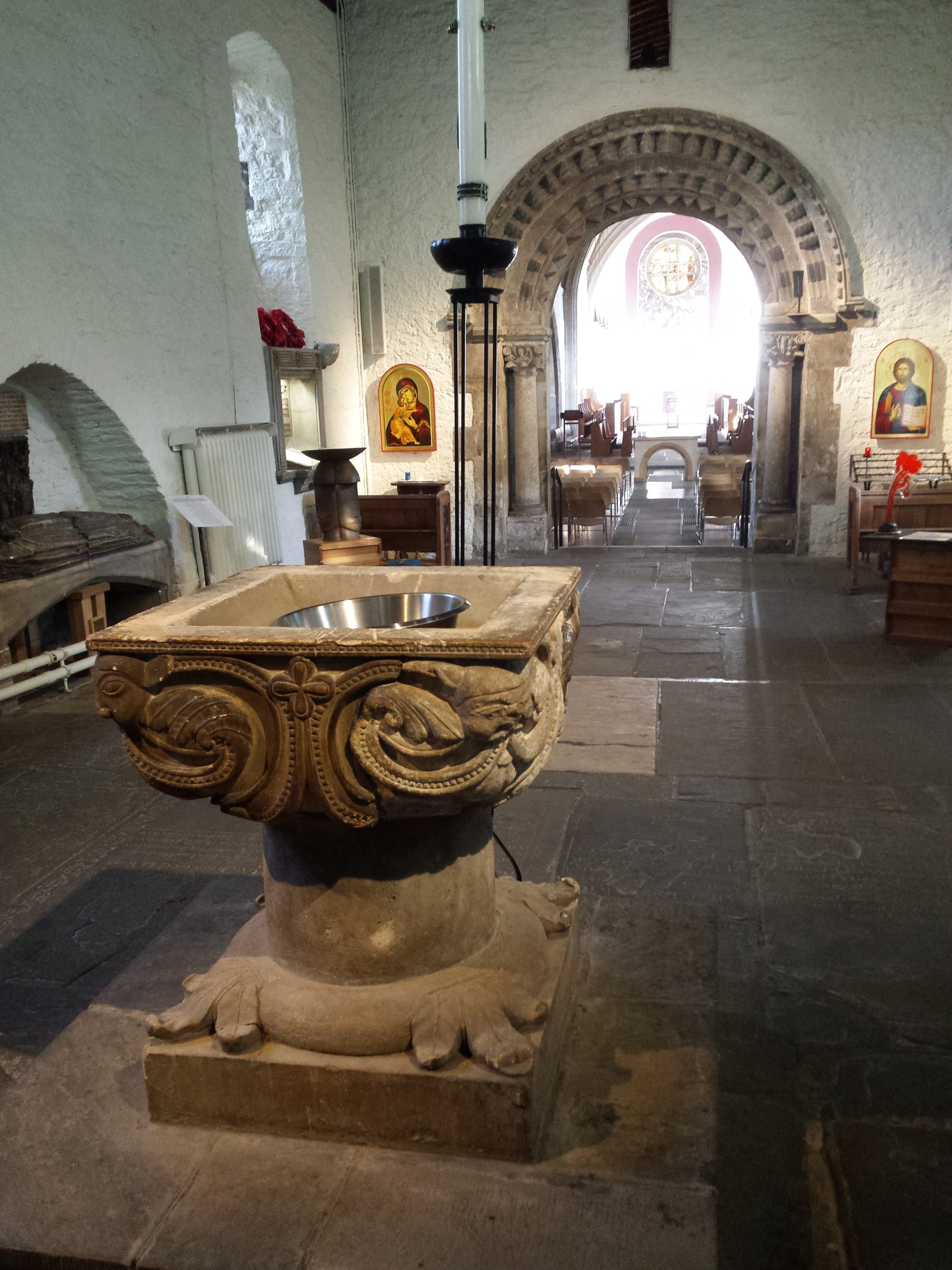 I don’t think I discovered anything new in Wrexham or Mold. Well, yes and no – positive efforts are under way to revive Wrexham’s markets, and I did discover some good beers from Wrexham, although not when I was actually there – Border and Big Hand both produce some very pleasant ales, and Wrexham Lager is an interesting oddity. The Wrexham Lager Beer Company Limited was Britain’s first lager brewery, founded in 1881 by two German immigrants, but after World War II it was taken over by Ind Coope, then Allied Breweries, then Carlsberg-Tetley, who closed it down in 2002; the rights to the name were bought by local businessmen, and the company was revived in 2011. I haven’t tasted the beer myself but I wouldn’t altogether object in the right setting – I usually run a mile from tasteless British lager, but on a hot summer’s day after cycling in Germany or indeed the Czech Republic the real stuff can be very refreshing.

The rest of Northeastern Wales (from Wrexham to Bala and Denbigh) was familiar enough, but then I moved on to a chapter of the Rough Guide that I haven’t tackled before, covering the north coast and Anglesey. I’ve cycled along the north coast, but I was surprised by a few new things, for instance the outburst of gentrification in Colwyn Bay, which comprises precisely one street, Penrhyn Road – here you’ll find Haus (a hipster café and brunch spot), the Flat White café, The Bay Hop (a shopfront-style alehouse that’s the local CAMRA branch’s perpetual Pub of the Year) and Virgilio’s Portuguese grill all in a row. Across the road are Sheldon’s Bar & Bistro and Briggs & Co, purveyors of fine wines & coffee (and of craft beer, though without a proper hand pump to be seen).

In Llandudno I was keen to visit Mostyn (formerly Oriel Mostyn Gallery, in an awkward bilingual version), which used to be run by a friend of mine – there wasn’t much on, but I was very impressed by the internal remodelling and extension that he orchestrated. 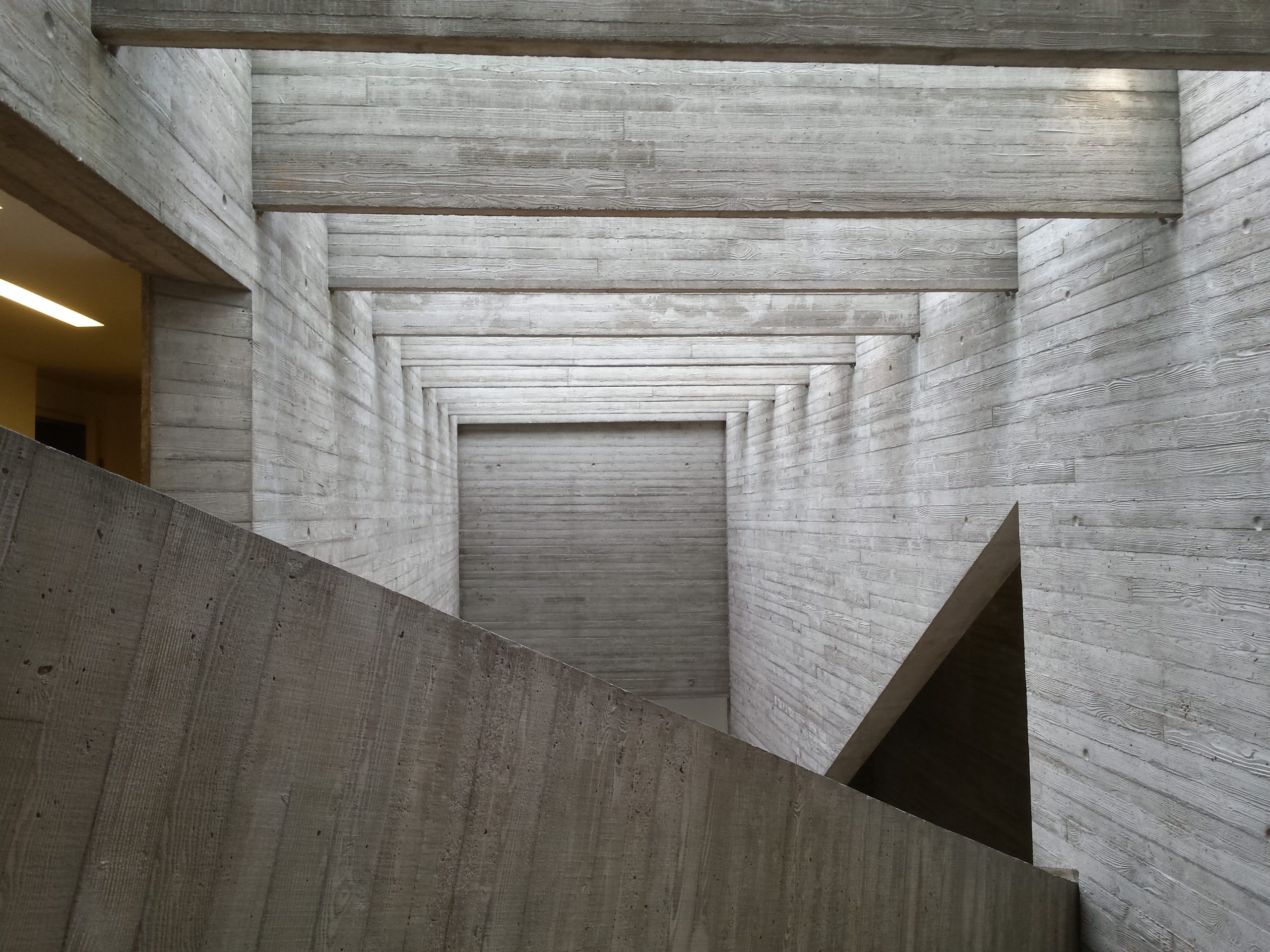 In Anglesey I’d only taken the train direct to Holyhead to catch the ferry to Dublin, so I was very much looking forward to my two days there, and it did not disappoint. The northwestern coast, in particular, is very scenic, and there’s a great variety of Neolithic tombs and Iron Age hut circles reminiscent of Chysauster, one field away from my sister’s in Cornwall. Having said that, I expected more of Beaumaris Castle – it was never completed and is not in fact as impressive as Caernarfon or Conwy, both of which I’ve visited in the last couple of years. However I did enjoy Beaumaris Gaol, which has been taken over (along with the Courthouse) by the town council and seems to be enjoying an infusion of fresh energy – I was given a whistlestop tour by a volunteer guide in Victorian costume and stick-on sideburns who was full of great stories. I’d heard that the Anglesey side of the Menai Strait (from Menai Bridge to Beaumaris) was a hotspot of fancy foodie spots aimed at the affluent folk of southern Manchester/northern Cheshire (and a hotspot of so-called adventure sports such as riding in very fast boats), but Menai Bridge itself turned out to be pretty drab, and you have to book a long time ahead to get into the best restaurants; Beaumaris is far more attractive and would make a nicer weekend destination; on the other hand it’s further from the lovely beaches at Newborough Warren, a key part of the package for many visitors.

In the centre of the island is its other moderately attractive town, Llangefni (Holyhead is of no interest except as a place to leave by ferry) – on the edge of town is Oriel Ynys Môn, the island’s main museum and art gallery, which has a comprehensive overview of its history and excellent art exhibitions too. (I looked for the Oriel Tegfryn gallery in Menai Bridge too, but that has closed.)

My geologist brother-in-law had told me about Parys Mountain, which was memorable because in its forty-year boom period it wiped out our copper mining industry in Cornwall, but I wasn’t prepared for the scale of its multicoloured post-industrial moonscape, which is now traversed by a two-and-a-half mile trail. In fact the whole of Anglesey is now covered by the UNESCO-recognised GeoMon geopark, with information panels in many places of geological interest, mainly on the coast. 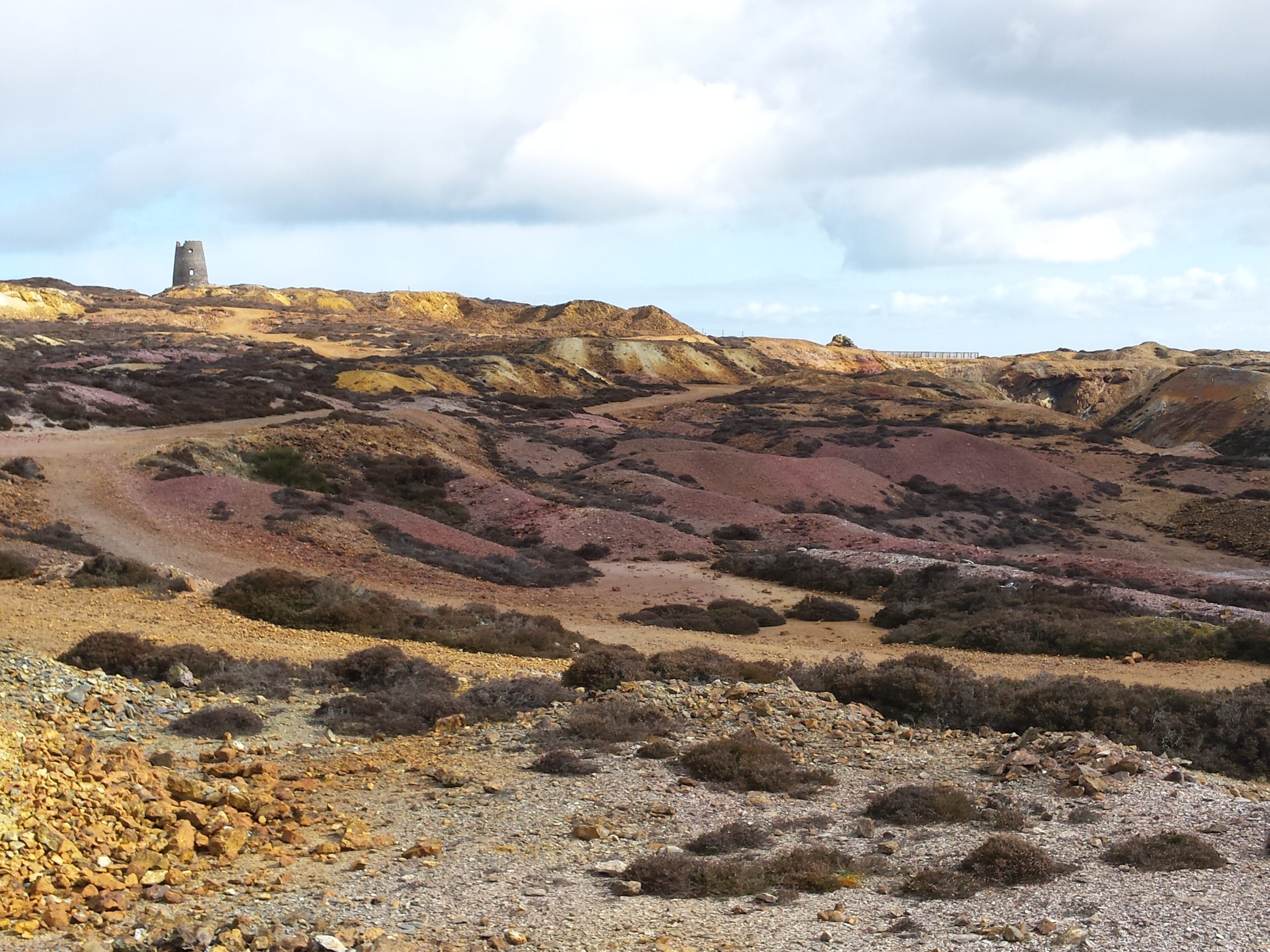 At Plas Newydd (the one on the Menai Strait, not the one in Llangollen), the National Trust is undertaking a two-year (at least) project to replace the 1930s wiring and plumbing (with attached asbestos), following a potentially disastrous flood in 2011. They’re keeping the house open as much as possible, and are going to great lengths to explain what’s going on and incorporate it in the visit – the Behind the Stage displays are well done, but it’s a shame that a lot of interesting paintings are hidden in the dark. So I’ll have to rewrite this section of the Rough Guide for this edition, and revert more or less to the original text for the next one. Oh well. 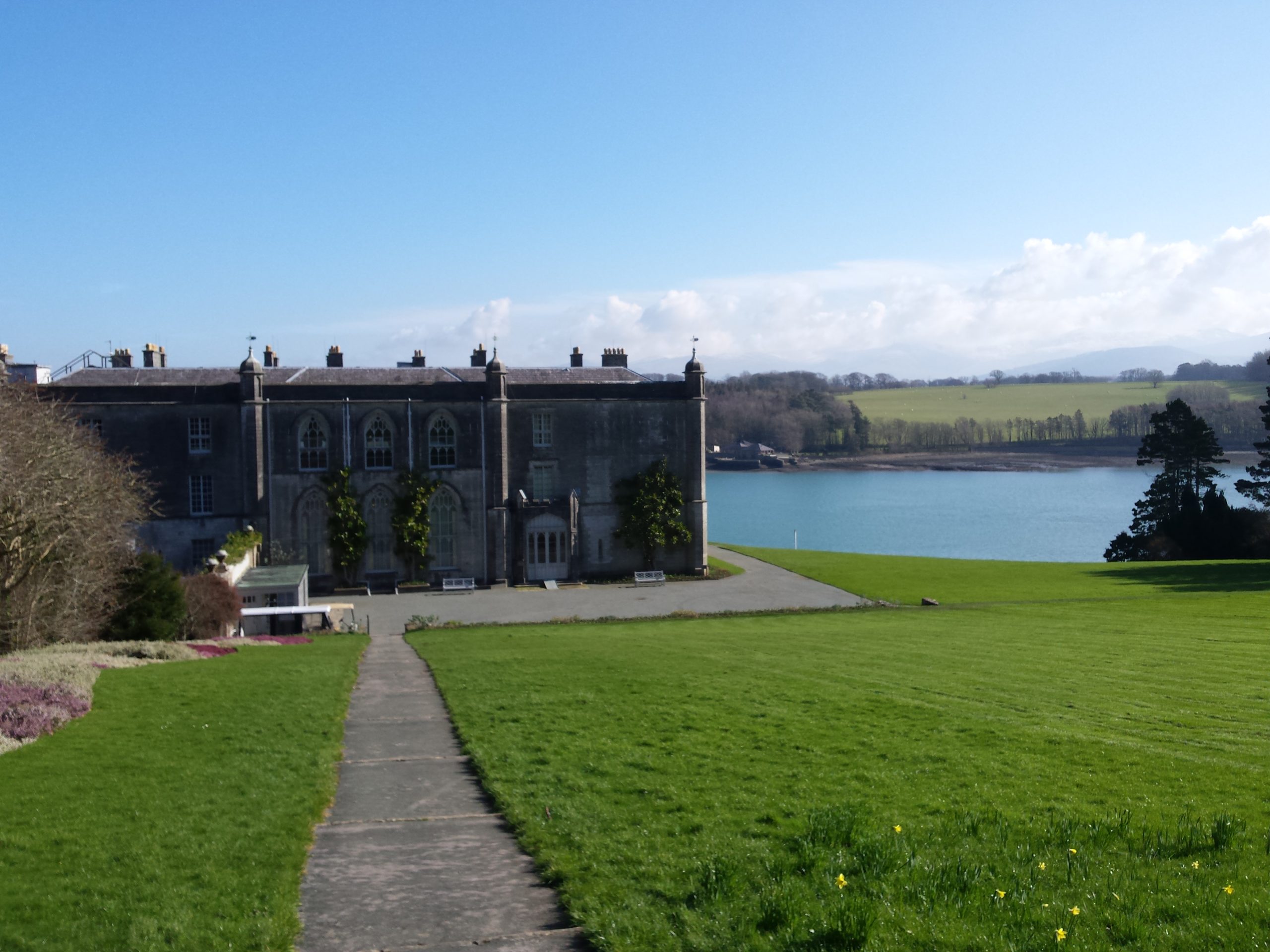 There’s not a lot new to say about Southwest Wales, especially as I just did a quick sprint around before going home to hunker down for the duration of the pan[dem]ic, however long that turns out to be. Our long-term favourite restaurant in St David’s (Cwtch*) has closed, the Carmarthenshire Museum at Abergwili, just outside Carmarthen, has closed for a year to have its roof fixed and a general refurb, and the Shire Hall in Llandeilo is also being done up to be a community/heritage/visitor centre from the autumn of 2020 – I would anticipate some delay to that in present circumstances. 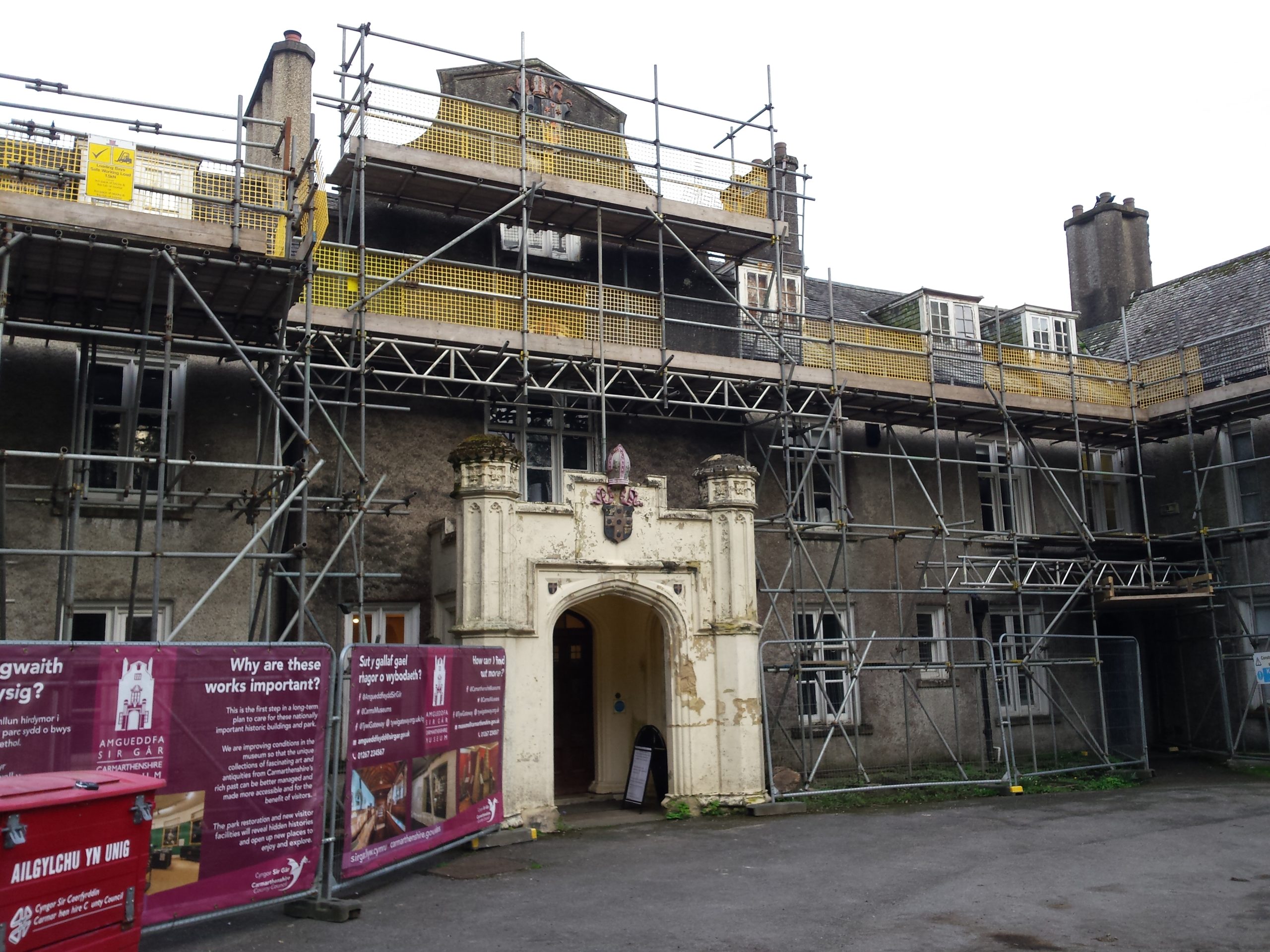 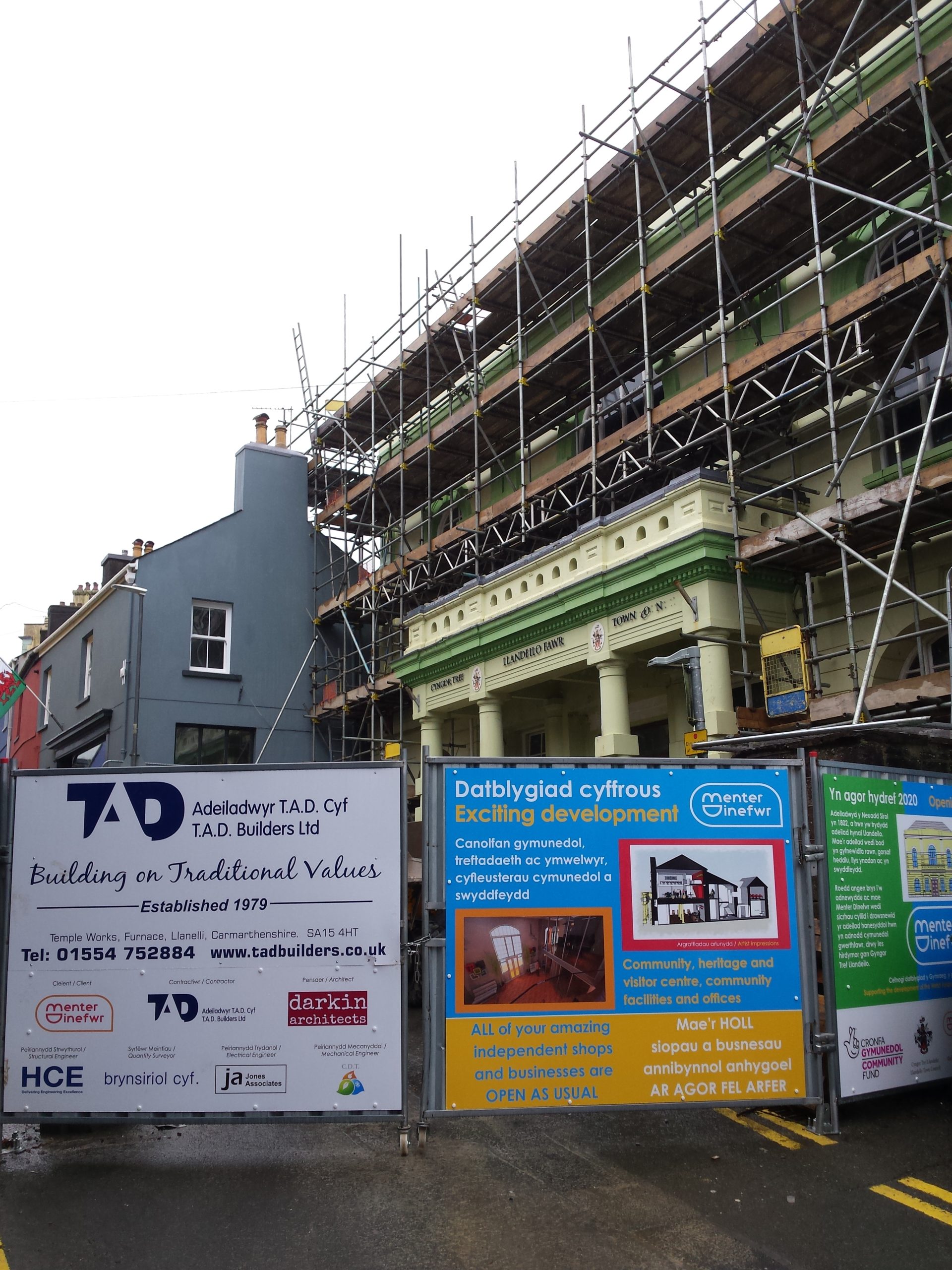 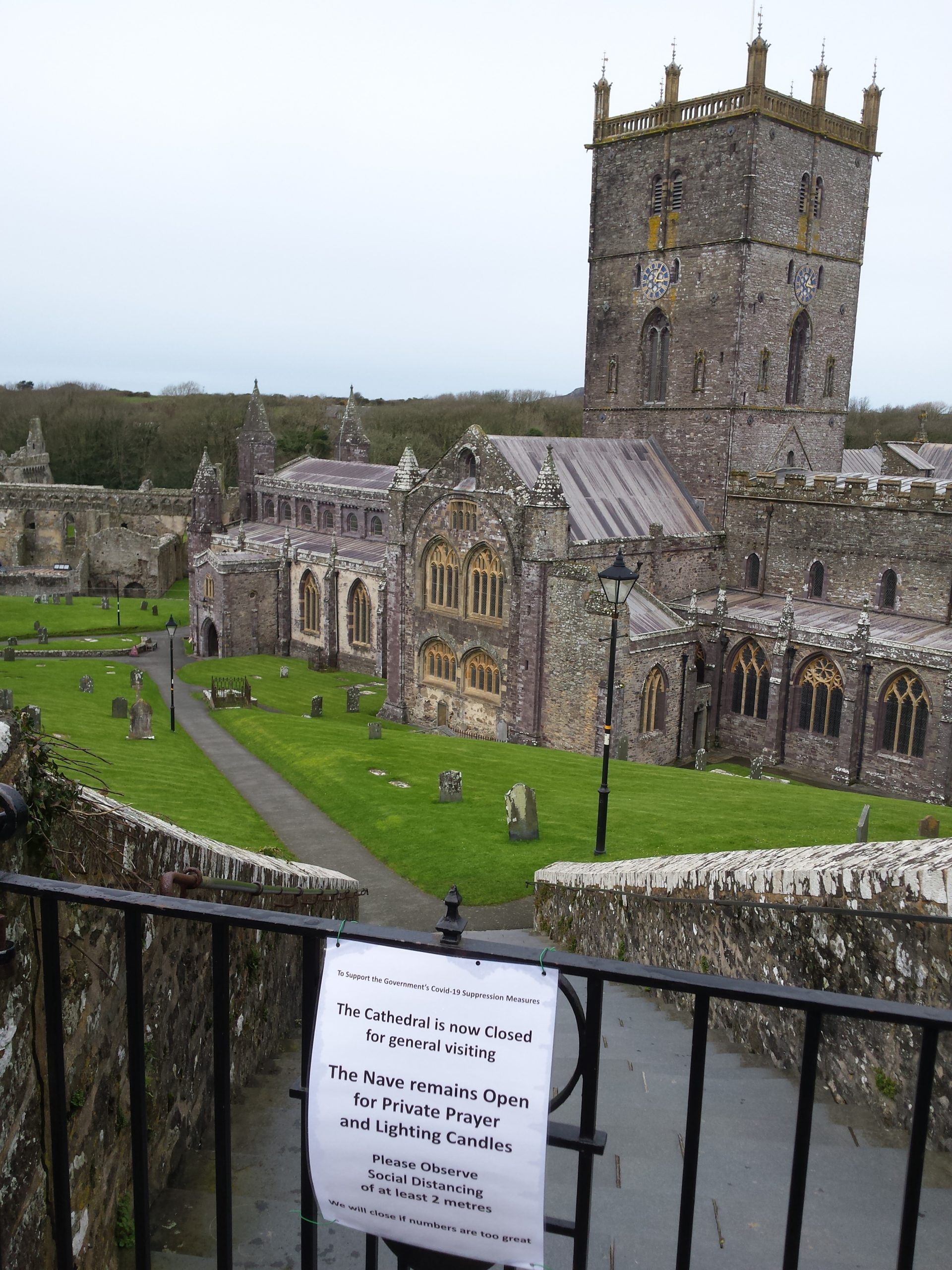