I love living in Cambridge (the one in England), certainly not for the scenery but for its good transport links and for its cultural life. I would always choose to live in a university town, but it has to be said that for quality theatre or opera an evening out in London is usually required. Nevertheless there’s plenty of good music to be heard, with half a dozen amateur orchestras appearing at the university’s West Road concert hall (which has lovely warm acoustics) and lots of lunchtime concerts in chapels across the town.

Cambridge’s art scene is even better, with a world-class collection of old and modern masters at the Fitzwilliam Museum (also owned by the university) and the quite wonderful Kettle’s Yard, now closed for refurbishment before its 50th anniversary in 2017. Once home to Jim Ede, a very influential curator at the Tate Gallery in the 1920s and 1930s who was friendly with all the most important British artists of the time, the house itself became his (and his wife Helen’s) artwork with his remarkable collection of works by Ben and Winifred Nicholson, Alfred Wallis, Christopher Wood, David Jones, Joan Miro, Constantin Brâncuşi, Henry Moore and Barbara Hepworth displayed alongside perfectly chosen furniture, wall-hangings, plants and even arrangements of pebbles. Upstairs in an attic room there’s a superb collection of drawings and sculptures by Henri Gaudier-Brzeska, a wonderful French artist who moved to London in 1910 and died in the trenches in 1915 aged just 23. Integrated into the house is a gallery (built in 1970) that hosts touring shows of contemporary art (usually too avant-garde for me, but I go anyway).

Just inside the entry to Downing College (on Regent Street), Edwardian stable buildings have been converted into the Heong Gallery, opened earlier in 2016. Small but perfectly connected (we’ve already had shows by Ai Weiwei and Richard Long), it’s open on Wednesday, Friday, Saturday and Sunday only (free). 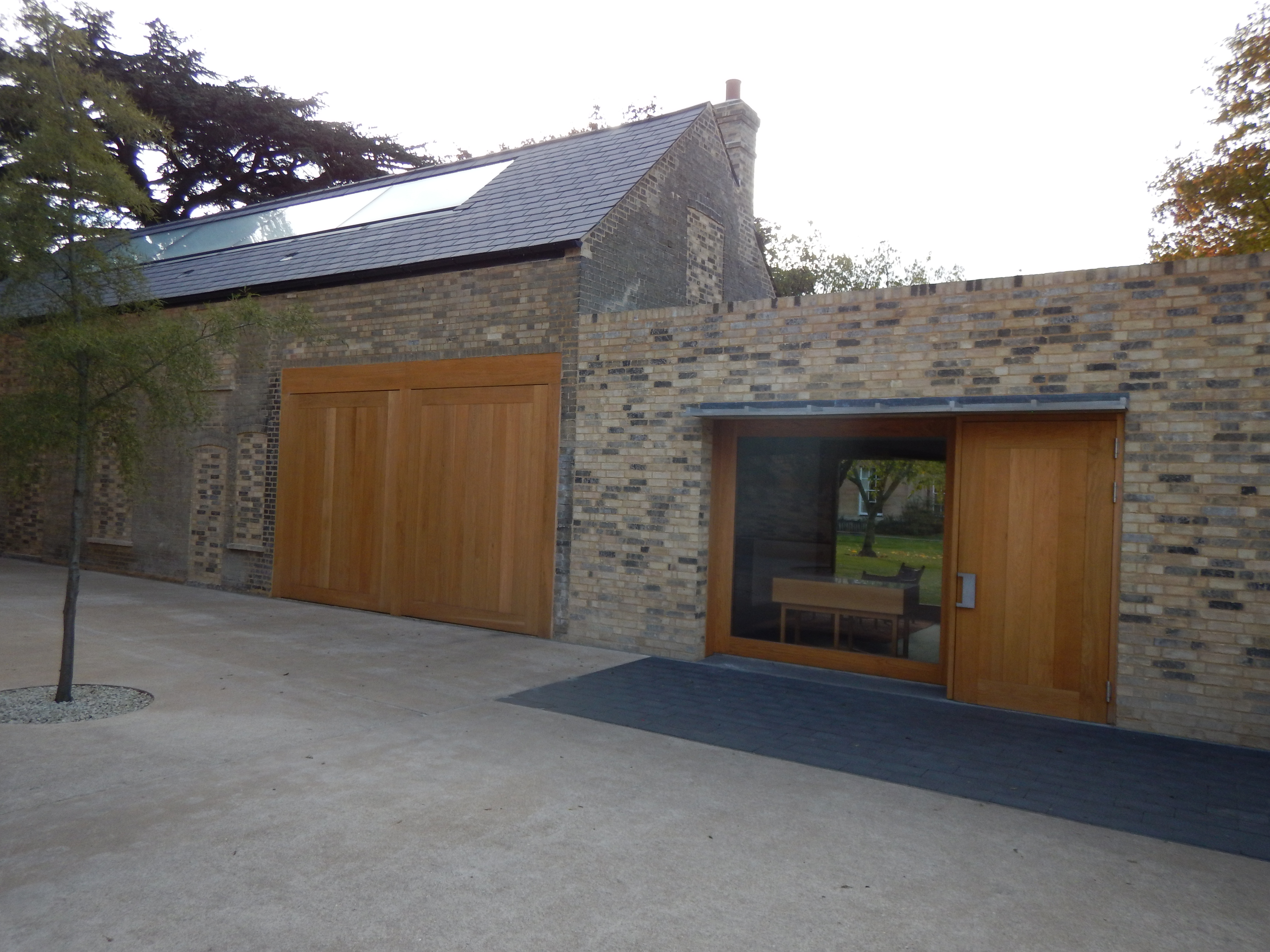 It’s also worth heading out to Huntingdon Road to track down the New Hall Art Collection, housed in Murray Edwards College (which was in fact known as New Hall until some wealthy donors acquired the naming rights in 2008). As a women’s college, they set out to build a collection of art by contemporary female artists. Most of it is hung in the public areas of the college and can be seen from 10am to 6pm daily. A Self-Guided Tour booklet is available from the Porter’s Lodge, and free tours take place on the first Tuesday of the month at 6pm, and the last Wednesday of the month at 1pm, lasting 45 minutes. I particularly like paintings by Maggi Hambling, Fiona Banner and Charlotte Hodes and ceramics by Claudia Clare; there’s a statue by Barbara Hepworth outside, and there are also paintings by other significant artists such as Ana Maria Pacheco, Gillian Ayres, Miriam Schapiro, Sonia Lawson and Eileen Cooper.

The Cambridge University Library is also (until March 2017) celebrating its 600th anniversary – it’s usually worth the short walk out west to see what’s on in its exhibition room, and while Kettle’s Yard is closed the library’s entrance hall is also one of the places where pieces from its collection are on display.

The Open Studios scheme offers a great opportunity over three weekends in July to visit artists in their studios, dotted around the city in ordinary houses that you would not otherwise know housed such creativity. Many are members of the Cambridge Drawing Society, which puts on shows twice a year (currently at the Leys School on Fen Causeway) – these show off the frankly amazing technical skills of Cambridge’s artists.

On a bit of a tangent, I should mention that the Old Divinity School (actually opened in 1879 – see below) has been lovingly restored by St John’s College; it’s across St John’s St from the college, and is used for concerts and other events. And for a dose of true Cambridge culture you could of course visit the three pubs that I own a share of – more on that in a future post!

2 thoughts on “Cambridge, my cultural centre”