Most people think of Woking just as a commuter town on the railway from London towards Basingstoke and deepest Hampshire; some will know it as home to Britain’s first mosque (founded in 1889) or as the site of the first Martian landing in HG Wells’s The War of the Worlds. However it does have other claims to fame, notably The Lightbox Gallery, opened in 2007, which puts on interesting little art exhibitions and has a small local history museum. My friends in Walton-on-Thames have no interest in visiting (they want me to stress that the town centre is being ruined by new residential towers), but I like coming here, partly because it’s a pleasant cycle ride along the towpaths of the Thames, the River Wey Navigation and the Basingstoke Canal. 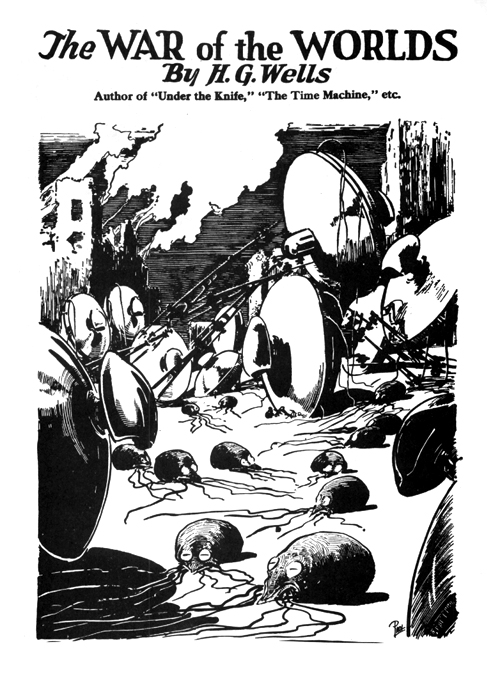 From the railway station in the present town centre, it’s just a mile southeast to the village of Old Woking: St Peter’s Church, just off the High St, dates from the 11th century, with its tower added in the 13th and 15th centuries, as well as 15th-century pews, 16th-century brasses and a 17th-century gallery. But its greatest treasure is the Great Oak Door, dating from the reign of Henry I, with its excellent medieval ironwork. The church is listed as Grade I, and nearby the Old Manor House, The Grange and Hoe Place are all Grade II or II*. Carters Lane continues east (past a 17th-century farmhouse) to the site of Woking Palace, dating from around AD 1200, which was taken over by Henry VII after 1502 and expanded by Henry VIII between 1515 and 1543; however it fell out of favour and was demolished by 1635. There’s now a grassy area within a moat, with a vaulted undercroft and some buried foundations. It was excavated in 2009-15, after some rather damaging poking-around by Rupert Guinness, who bought the estate in 1905 from his father-in-law the Earl of Onslow, who owned Clandon Park, just beyond Guildford, one of the National Trust’s treasures but closed since a fire in 2015. In 1910 Guinness went to Canada and then created the Woking Park Farm in order to train emigrants to farm in Canada (he became Earl of Iveagh in 1927 and died in 1967; there are still historical traces of the Guinness/Iveagh family in Vancouver BC).

Closer to the station and the present town centre, the Shah Jehan Mosque was founded in 1889 (and closed between 1899 and 1913); on the far side of the railway, towards Horsell Common where the Martians landed, the Muslim Burial Ground was established in 1915 (for soldiers from India who died in World War I) and beautifully restored for its centenary. Visitors are welcome at both the mosque and the burial ground.

The River Wey Navigation was built in the 1650s (adding weirs and locks to make the river navigable by barges), and the Basingstoke Canal opened in 1794. The London & Southampton Railway arrived in 1838 (its station was called Woking Common at first); in 1845 a branch opened to Guildford, extended in 1859 to Portsmouth. As a railway junction Woking developed far faster than it had as a canal town, with a huge surge in its population at the end of the 19th century; then the railway was electrified and the present somewhat Deco-style station built in 1937. Now there are no less than 14 trains an hour to London (taking 28-50 minutes) rather than the five a day provided when it opened in 1838.

I came to The Lightbox to see an exhibition on JMW Turner in Surrey – there were none of his great paintings, but quite a few sketches and engravings that he made along the Rivers Thames, Wey and Mole – he lived most of his life near the Thames, settling in Twickenham, and used a boat to paint from; he was also a passionate fisherman. It made me think of JK Jerome, who began writing Three Men in a Boat as a serious travel guide, but ended up producing one of our finest comic novels – a lesson, perhaps, for guidebook writers like me. 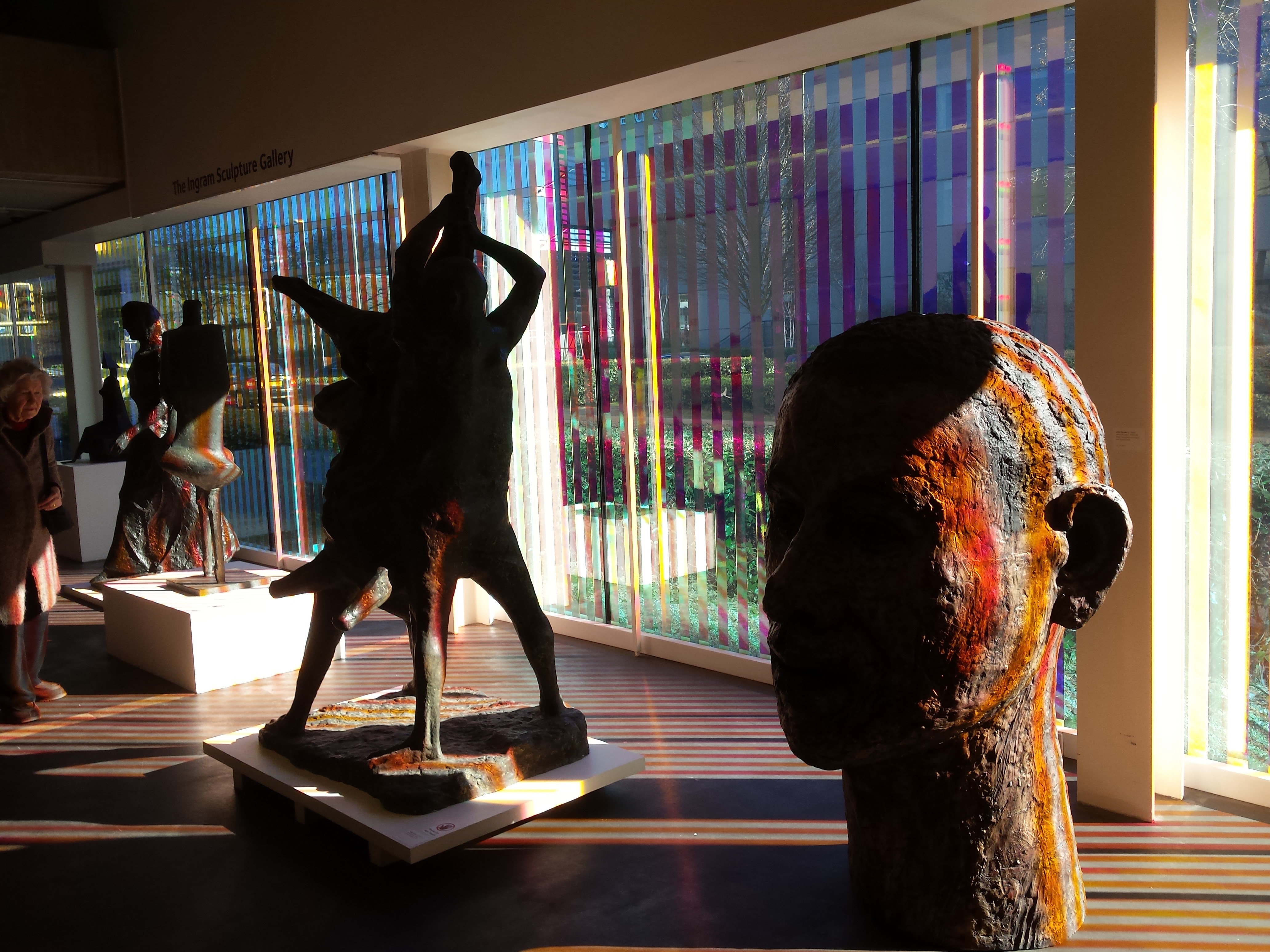 In addition to temporary exhibitions, there are some works by major British sculptors on the ground floor and a selection of twentieth-century British works from the Ingram Collection, which might include David Jones, William Roberts, John Bellany, John Bratby, Edward Burra or Billy Childish. There’s also a good little history gallery, featuring the palace, the mosque, the railway, notable Wokingtonians (I just made that word up) such as the cricketing Bedser twins Eric and Alec, Rick Parfitt of Status Quo and rower James Cracknell. There’s coverage of the local army regiments – the First Tangier Regiment of Foot, founded in 1661, became the Queen’s Royal Regiment (the West Surreys), the oldest English infantry regiment of the British Army. The 31st Regiment of Foot was raised in 1702 as a Marines regiment to serve in the War of the Spanish Succession; in 1756, at the start of the Seven Years’ War, a second battalion was raised which became the 70th Regiment of Foot, and these merged again in 1881 to form the East Surrey Regiment. They became famous for the ‘football attack’ on the Somme in 1916, and defended the Dunkirk beaches and Singapore in World War II. In 1959 the East and West Surreys were amalgamated to form the Queen’s Royal Surrey Regiment, and in 1966 this amalgamated with various Kent, Sussex and Middlesex regiments to form the Queen’s Regiment; having merged again in 1992, it’s now the Princess of Wales’s Royal Regiment (Queen’s and Royal Hampshires). Anyway, I don’t think there’s any mention of RC Sherriff, an officer in the 9th East Surreys, who was wounded at Passchendaele and invalided home, where he eventually wrote the classic play Journey’s End (1928, filmed for the fifth time in 2018). He went up to my Oxford college (1931-4) and ended up writing movie scripts, including Goodbye Mr Chips (nominated for an Oscar in 1939) and The Dam Busters (1955).

Finally, the museum has coverage of Brookwood and Brooklands – on opposite sides of Woking (but both visible to the south of the railway), and not to be confused. Brookwood, a couple of miles west, was home to the London Necropolis, a private cemetery opened in 1854; this was once Europe’s largest cemetery, with space for Anglicans and Nonconformists, and had its own rail branch, with direct trains from Waterloo. Brooklands, just east near Weybridge, was the site of Britain’s first motor-racing circuit (1907-39) and an airfield and the Avro, Vickers and Hawker aircraft factories; there’s now a museum with various early cars and planes, as well as a Concorde. Next to this is Mercedes-Benz World, where you can see over 100 historic cars and drive on the original circuit. My local friends recommend the café – very popular with Weybridge’s community of Russian oligarchs, so they say.

Across the canal from The Lightbox is the Living Planet Centre, home of WWF-UK (what used to be the World Wildlife Fund); it keeps good shopkeeper’s hours of 9am to 5pm Monday to Friday so I haven’t been inside yet, but it’s apparently one of the greenest buildings in Britain, with a good education and visitor centre.