I don’t have anything much to say about Ukraine at the moment, beyond the general revulsion at Putin’s invasion and then horror after the massacres in Bucha and elsewhere. Surely our support will go up a notch or two now? I went there in 1992 to write a hiking guide, so I was mainly in the Carpathian Mountains, along the south-western borders, a forested area with hill-top meadows and lots of bears and wolves (not that I saw any) – but I also went to Kyiv and Lviv, and to Crimea, which were all lovely. I had to pay £50 for an emergency visa, clearly marked with the equivalent of ‘Access All Areas’ – a lot of money then, but life in Ukraine then cost almost nothing. Conversely, the next time I was there (in 2010) it was to check that visas weren’t required and I could cross with a British passport without problem – so I walked across the bridge from Sighet in Romania and spent an hour or so wandering around Solotvino. It was still pretty Soviet in feel, but it’s a pretty small unimportant village – I think one thing that Putin and his cronies have failed to notice is that in fact, in the thirty years since the end of the Soviet Union, the Ukrainians have built a new nation that has moved far from the Soviet model and clearly has no desire to be part of the Greater Russia that Putin envisages.

I have little doubt that the worst atrocities are being committed by Chechens and the like, but the Russian army as a whole is a shocking rabble, and the Russian state is also rotten to the core. As in the Soviet period, endemic all-pervasive corruption makes everything non-functional. The Ukrainians, on the other hand, are well organised and doing a wonderful job of repelling the orcs, as they call the Russian soldiers – we need to do more to help, and in the meantime, Slava Ukraini! 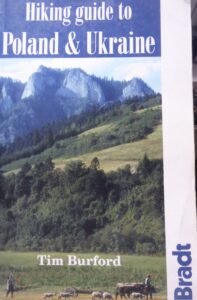