I remember, over a decade ago, taking the ferry from Bellingham, Washington, up the Inside Passage to Juneau on my way to update the Rough Guide to Alaska. A fantastic (freebie) trip, with endless vistas of pine-clad mountains vanishing into wispy cloud, and some whales and bald eagles – but before that we had to pass between Vancouver Island and the mainland. Locals call it all ‘the ocean’, but this is in fact the Georgia Strait (and part of the Salish Sea). Anyway, to the east there was a pall of smog over the Lower Fraser Valley, where Vancouver sits, but to the west all was clear. No doubt it’s partly because the Pacific breezes can clear the fumes more effectively, but even so it was a moment of realisation that despite all the very cool aspects of life in Vancouver (see my next post), Victoria would be where I’d rather spend time. I’ve known the city since I was very young (indeed I spent a term at elementary school there) and it’s a place I could still live in. 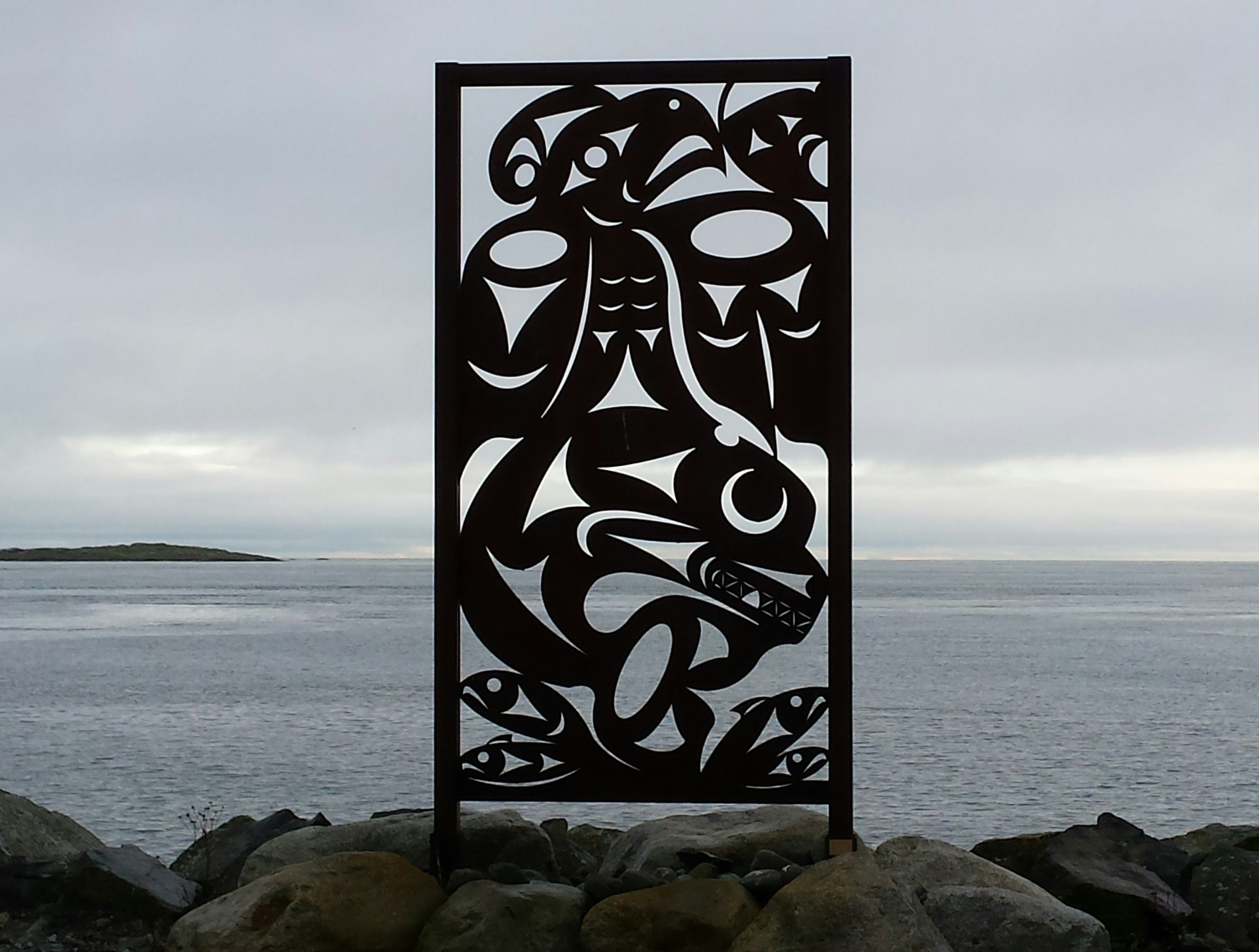 My latest visit – the first time I’ve been thinking in terms of writing about the place – brought a couple of themes to mind. The first is that it has some interesting similarities with my home town of Cambridge (UK) – above all the simple fact that both are growing too fast, with unaffordable housing costs and creaking infrastructure. Cambridge has recently been bundled up with neighbouring dormitory villages as the Greater Cambridge Partnership (formerly the Greater Cambridge City Deal) while Greater Victoria is now the Capital Regional District. Victoria has always been the capital of British Columbia, but it used to be a very quiet place, with not a lot going on when the legislature wasn’t in session (Vancouver has always been the economic powerhouse, of course). Nowadays, tech and other new industries have brought an inrush of educated younger people, and tourism has also grown a lot, with three or four cruise ships a day docking in summer. Almost 10,000 people moved to Greater Victoria between 2015 and 2017, and suddenly we find there’s a population of 384,000 (against 250,000 in Greater Cambridge). The price of an average two-storey house in Victoria in 2017 was 11.1% higher than in 2016, at C$741,924. Both places have a shortage of affordable housing, and in both places the tech-savvy millennials don’t want to be out in the suburbs, they want to be within walking or cycling distance of work and pubs; they’re more outdoorsy in Victoria, not surprisingly, but there’s a shared cycling/microbrew vibe.

The other thing I noticed this time was that family and continuity are a surprisingly important feature. It’s easy to think that everything in North America has just appeared fully formed in the last few years (well, decades), but of course places like this have fairly ancient roots – and that’s before you look at the First Nations culture that’s been here for at least 4,000 years. In my first day here we happened to visit The Dutch Bakery (founded in 1955, now run by the third generation of the Schaddelee family), Robinson’s Outdoor Store (founded in 1929 and recently handed over to the fourth generation of the Robinson family), Rogers’ Chocolates (founded in 1885 and still proudly family-owned, though admittedly not by the Rogers family), Russell Books (founded in Montréal in 1961 and now run by the third generation), and Munro’s Books (founded in 1963 by Jim and Alice Munro and handed over to four senior staff members in 2014). As an aside, Victoria is incredibly lucky to have such great bookshops – Russell Books is a wonderful warren of a place that claims to be Canada’s largest secondhand bookshop (although 30% of its stock is new), while Munro’s, in its beautifully restored Neoclassical bank building, is slightly more upmarket – it was founded by Jim and Alice Munro, but in 1972 they divorced and Alice returned to her native southwestern Ontario which provided such a rich vein of material for her writing that she only ended up winning the Nobel Prize for Literature in 2013. Then there’s Ivy’s Bookshop in Oak Bay, where my grandparents lived (founded in 1964 and still going strong, although the legendary Ivy is no more); and there’s a decent university bookshop at UVic too.

I also came across Viberg (founded in 1931 and now run by the third generation), who produce amazing handmade boots, Mattick’s Farm, founded in the 1940s and now known as a fine restaurant and shopping centre, and Mosi Bakery and Ottavio, descendants of The Italian Bakery, founded in 1925. The Butchart Gardens, Vancouver Island’s biggest tourist attraction with over a million visitors a year (not all of them off cruise ships) was founded in 1921 by Jennie Butchart and is now owned by her great-granddaughter. All excellent establishments, which I hope says something about the slightly deeper-rooted unAmerican way things are done here.

A local freebie foodie magazine claims that BC is the healthiest Canadian province and the third healthiest place on earth, and puts it down to healthy eating. Well, they would say that, wouldn’t they. Personally I think it’s more due to exercise, as a lot of people walk every day, in addition to the more exciting activities. I was delighted to see Rebar still there on Bastion Square after over 30 years (that continuity thing again). There are lots of other juice and smoothie bars – haskap, also known as honeyberry or blue honeysuckle, is the new superfood, it seems – you heard it here first. In the meantime people here use cranberries with everything! At least in the run-up to Christmas – in baking, salads, sauce, juiced and as craisins (dried, like raisins). Blueberries are also available. There’s a strong foodie culture in Victoria, centred on the Food Eco District (FED…), a 3 by 4 blocks area between Broughton, Johnson, Douglas and Quadra Streets that’s home to independent, sustainability-minded, restaurants and cafés, as well as urban gardens. Fishhook exemplifies the local version of fusion cuisine, fish and seafood with Asian spices (the mussels vin’daloo also uses white wine, as you might guess) – it’s very popular and is now opening a second branch at Mermaid Wharf.

We ate at the excellent Royal Spice – its owners ran the very popular Masala Bites downtown, which closed due to an excess of mice on the premises (now known as Mousalagate…) – they also offer calamari pakora and mussels curry, as well as the standards. And yet it’s surprisingly hard to find basic spices such as fenugreek in the regular food stores here.

Brunch is the other big thing on the Victoria food scene, with apparently over 100 cafés, restaurants and pubs offering the mid-morning equivalent of high tea. But it can be hard to tell, as restaurants start filling up for lunch from 11.30 or even earlier – and people eat at 6 or 6.30 in the evenings.

As you’d expect, I also checked out the beer, and I was impressed. Admittedly I was mainly drinking from bottles, not draught, but Hoyne’s Dark Matter was a favourite, and the slightly less dark Creepy Uncle Dunkel (from Moon Underwater), Scotch Ale (Wolf Brewery, Nanaimo) and Race Rocks amber (Lighthouse Brewing Company) were good too. Another Victoria brewery is Phillips, whose beers are apparently good (they opened their own maltworks in 2015, and have a tasting room opening early in 2018); they also have the Phillips Fermentarium Distillery, but I’m told their tonic waters are awful. The Île Sauvage brewery, opening in spring 2018 on Bridge St in Rock Bay, will specialise in sour beers, something I’ve only come across in Berlin – they were great for a hot summer’s day, but I’m not sure about them for all-year drinking.

One thought on “Family and food in Victoria BC”